100 years on from the Armistice that ended the Great War on 11th November 1918, GCCA organised an event to give local people the chance to pay their respects to all of the people on all sides who lost their lives in that conflict and in all conflicts since then.

On Friday 9th November the Old Chapel Community Centre hosted a day of commemoration, the children from the school choir sang and some of the children read poems. Uniformed personnel attended from 700x squadron RNAS Culdrose along with a bugler who played at the ceremony at the memorial 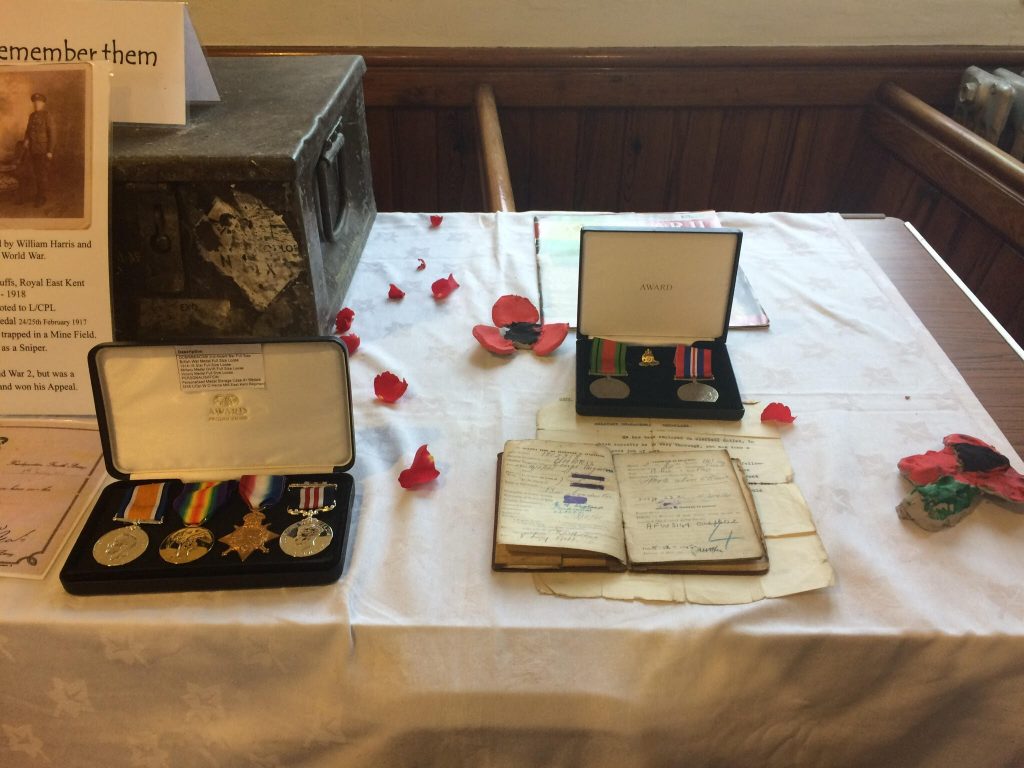 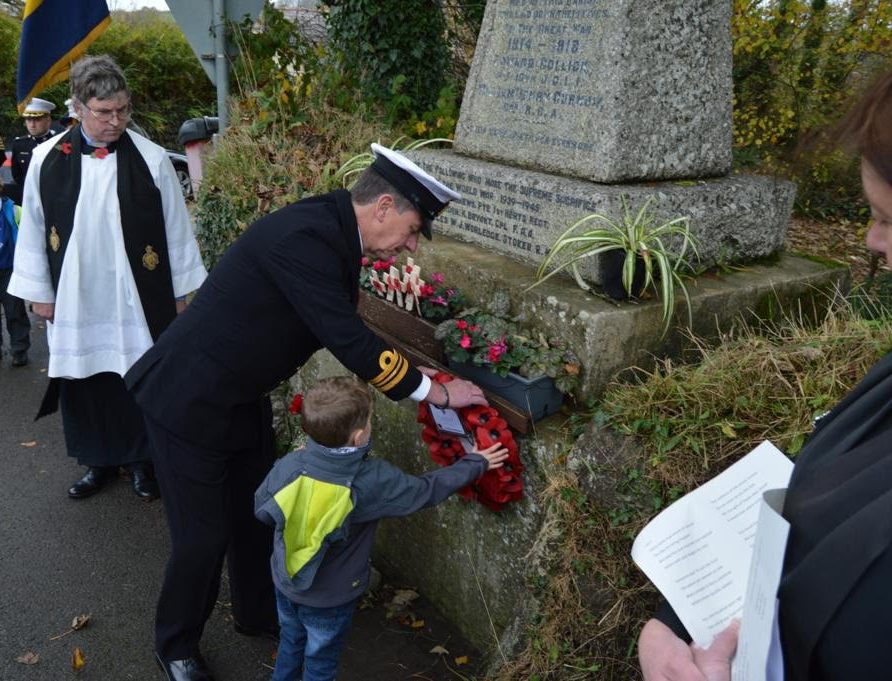 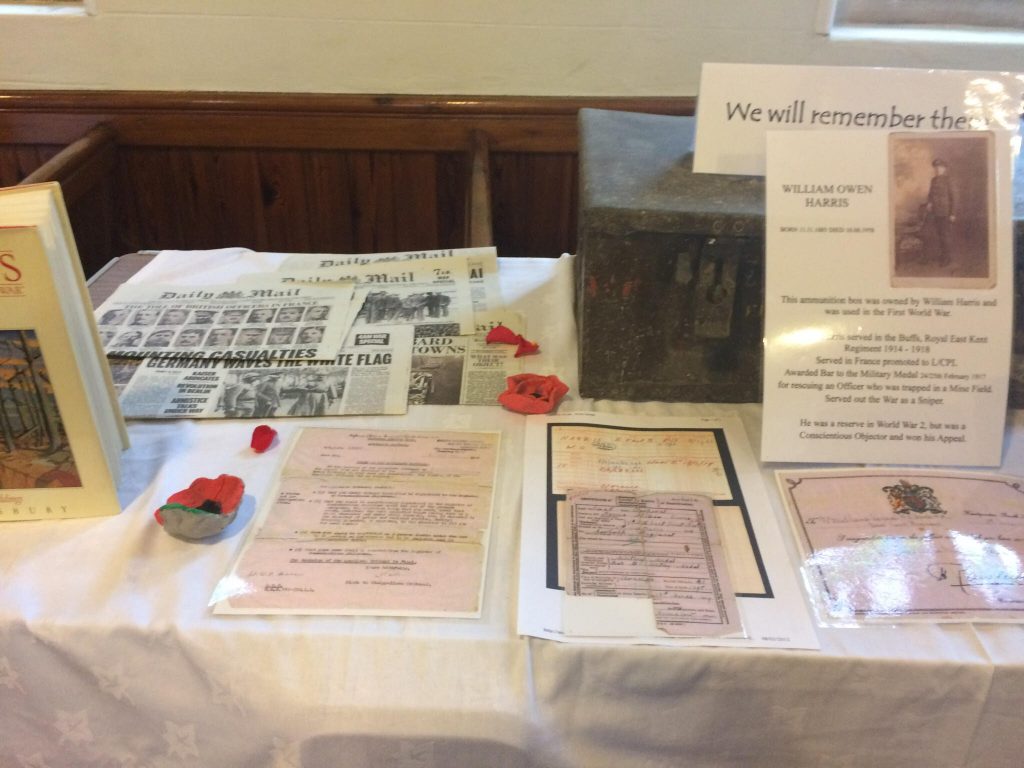 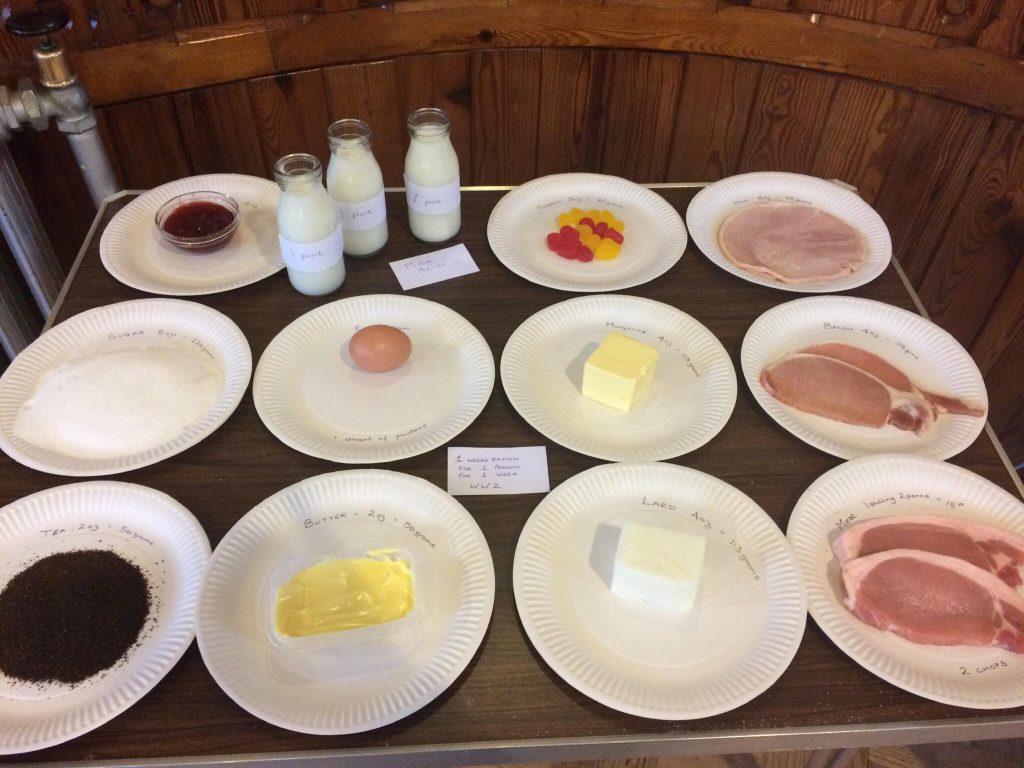 After the service everyone was invited to the Old Chapel where tea, coffee and refreshments were served. There was a display in the Chapel with memorabilia from WW1 and WW2 with examples of food available during the war years. The display showed typical schools dinners, cakes, biscuits and a range of foods made with rations that were the norm during the war years. Ration books, pictures, campaign information and other memorabilia on show in the Chapel itself. The programme was as follows